Sharon L. Hillier, Ph.D., is professor and vice chair for faculty affairs, and director of reproductive infectious disease research in the department of obstetrics, gynecology and reproductive sciences at the University of Pittsburgh School of Medicine. In addition, she holds secondary appointments in the School of Medicine’s department of microbiology and molecular genetics and with the Clinical and Translational Science Institute, and is a senior investigator at the University of Pittsburgh-affiliated Magee-Womens Research Institute.

Dr. Hillier is an internationally recognized microbiologist whose work has influenced a nascent field of research in which women’s health and HIV prevention concerns intersect.  She is principal investigator of the University of Pittsburgh-based Microbicide Trials Network (MTN), an HIV/AIDS clinical trials network established in 2006 by the U.S. National Institutes of Health (NIH).

At the MTN, Dr. Hillier leads an international team of investigators and community and industry partners at more than 25 clinical research sites on four continents, directing an ambitious research agenda imposed by the urgency of the global HIV/AIDS epidemic. MTN’s broad range of clinical trials includes studies considered among the most critically important for advancing the field of HIV prevention.

In her laboratory, Dr. Hillier’s research has focused on understanding both the preventive and causative roles that certain microorganisms in the vagina have with respect to genital tract infections, sexually transmitted infections (STIs), including HIV, and pre-term birth; and on the evaluation of  vaginal microbicides for prevention of STIs in women. In addition to her role as principal investigator for the MTN, Dr. Hillier is principal investigator of an NIH-funded program project grant looking at alternative formulations for microbicides, and she is an investigator of on a study describing novel bacteria associated with pelvic inflammatory disease.  In addition, Dr. Hillier is co-investigator of a study funded by the Bill & Melinda Gates Foundation examining whether the use of different hormonal contraceptive methods alter immune cells in the genital tract, making them more susceptible to HIV infection.

In 2009, Dr. Hillier received the prestigious Thomas Parran Award of the American Sexually Transmitted Diseases Association (ASTDA) in recognition of her distinguished contributions to the field of STD research and prevention. Two years earlier, in 2007, she was recognized by her peers with the Award for Outstanding Contributions to the Field of Infectious Diseases in Obstetrics and Gynecology from the Infectious Diseases Society for Obstetrics and Gynecology. She also has been honored as invited speaker for the NIH Director’s Lecture Series and the U.S. Centers for Disease Control Distinguished Lecture Series, and has delivered presentations on the development of topical microbicides for the prevention of HIV to the Biomedical Science Caucus of the U.S. Congress.  In 1996, she received the ASTDA’s Achievement Award.

Dr. Hillier served as president of the Infectious Diseases Society for Obstetrics and Gynecology, an affiliate organization of the American College of Obstetricians and Gynecologists, from 2002 to 2004, and on the board of the International Society for Sexually Transmitted Disease Research between 2005 and 2011. She serves on several editorial boards, including of Sexually Transmitted Diseases, and has published more than 250 original peer-reviewed manuscripts. At the University of Pittsburgh School of Medicine, she mentors post-doctoral students and teaches and co-directs courses for medical students on molecular virology and microbiology and on infectious diseases in obstetrics and gynecology.

From 2010 to 2013, Dr. Hillier served as chair of the NIH Office of AIDS Research (OAR) Advisory Council, which advises the U.S. Secretary of Health and Human Services, the Assistant Secretary for Health, the Director of NIH, and the Director of OAR on AIDS research programs, the development and annual review of the comprehensive plan for the conduct and support of all AIDS activities of the agencies of NIH, including research priorities, and the coordination of NIH’s domestic and international AIDS-related efforts. 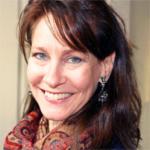